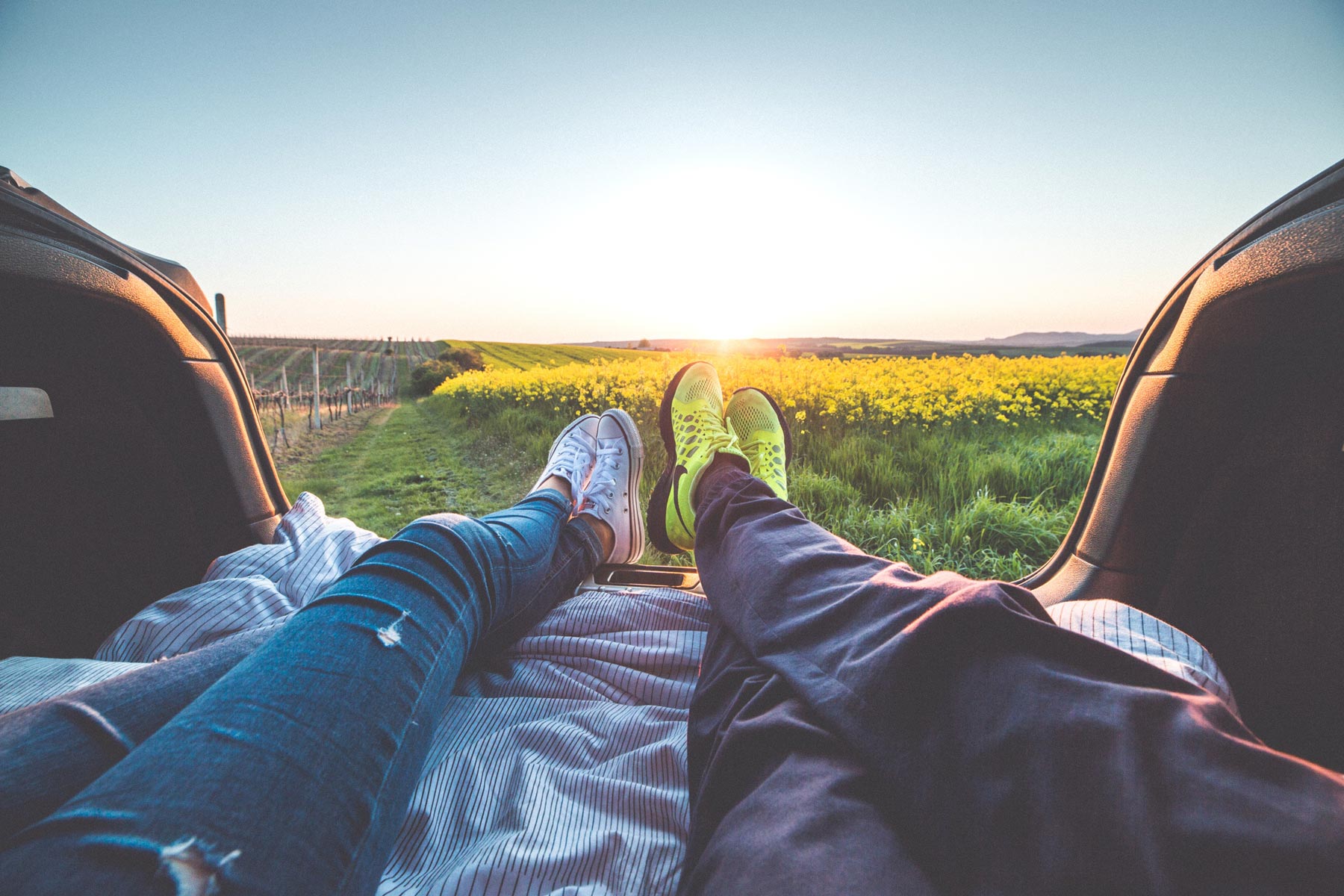 Mr. Chairman, Ms. Chairwoman, and Members of the Senate Drug Caucus, thank you for inviting the National Institute on Drug Abuse (NIDA), a component of the National Institutes of Health (NIH), to participate in this hearing to share what we know about the biology and the potential therapeutic effects of cannabidiol (CBD), one of the main active chemical compounds found in marijuana. In light of the rapidly evolving interest in the potential use of marijuana and its derivative compounds for medical purposes, it is important to take stock of what we know and do not know about the therapeutic potential of CBD.

To date, 23 states and the District of Columbia have passed laws allowing marijuana to be used for a variety of medical conditions. Fifteen additional states have enacted laws intended to allow access to CBD oil and/or high-CBD strains of marijuana. Interest in the potential therapeutic effects of CBD has been growing rapidly, partially in response to media attention surrounding the use of CBD oil in young children with intractable seizure disorders including Dravet syndrome and Lennox-Gastaut syndrome. While there are promising preliminary data, the scientific literature is currently insufficient to either prove or disprove the efficacy and safety of CBD in patients with epilepsy.i and further clinical evaluation is warranted. In addition to epilepsy, the therapeutic potential of CBD is currently being explored for a number of indications including anxiety disorders, substance use disorders, schizophrenia, cancer, pain, inflammatory diseases and others. My testimony will provide an overview of what the science tells us about the therapeutic potential of CBD and of the ongoing research supported by NIH in this area.

CBD is one of more than 80 active cannabinoid chemicals in the marijuana plant.ii Unlike the main psychoactive cannabinoid in marijuana, tetrahydrocannabinol (THC), CBD does not produce euphoria or intoxication.iii,iv,v Cannabinoids have their effect mainly by interacting with specific receptors on cells in the brain and body: the CB1 receptor, found on neurons and glial cells in various parts of the brain, and the CB2 receptor, found mainly in the body’s immune system. The euphoric effects of THC are caused by its activation of CB1 receptors. CBD has a very low affinity for these receptors (100 fold less than THC) and when it binds it produces little to no effect. There is also growing evidence that CBD acts on other brain signaling systems, and that these actions may be important contributors to its therapeutic effects.ii

Rigorous clinical studies are still needed to evaluate the clinical potential of CBD for specific conditions.i However, pre-clinical research (including both cell culture and animal models) has shown CBD to have a range of effects that may be therapeutically useful, including anti-seizure, antioxidant, neuroprotective, anti-inflammatory, analgesic, anti-tumor, anti-psychotic, and anti-anxiety properties.

A number of studies over the last two decades or more have reported that CBD has anti-seizure activity, reducing the severity of seizures in animal models.vi,vii In addition, there have been a number of case studies and anecdotal reports suggesting that CBD may be effective in treating children with drug-resistant epilepsy.viii,ix,x However, there have only been a few small randomized clinical trials examining the efficacy of CBD as a treatment for epilepsy; the total number of subjects enrolled in these studies was 48. Three of the four studies reported positive results, including decreased frequency of seizures. However, the studies suffered from significant design flaws, including failure to fully quantify baseline seizure frequency, inadequate statistical analysis, and a lack of sufficient detail to adequately evaluate and interpret the findings.viiiTherefore, the currently available information is insufficient to draw firm conclusions regarding the efficacy of CBD as a treatment for epilepsy; a recent Cochrane review concluded, there is a need for “a series of properly designed, high quality, and adequately powered trials.”xi

NIDA is currently collaborating with the National Institute on Neurological Disorders and Stroke to evaluate CBD in animal models of epilepsy in order to understand the underlying mechanisms and optimize the conditions under which CBD may treat seizure disorders, and determine whether it works synergistically with other anti-seizure medications. In addition, clinical trials are currently underway by GW Pharmaceuticals, testing the efficacy of Epidiolex, a purified CBD extract, for treatment of pediatric epilepsy.

CBD has also been shown to have neuroprotective properties in cell cultures as well as in animal models of several neurodegenerative diseases, including Alzheimer’s,xii,xiii,xiv stroke,xvglutamate toxicity,xvi multiple sclerosis (MS),xvii Parkinson’s disease,xviii and neurodegeneration caused by alcohol abuse.xix Nabiximols (trade name Sativex), which contains THC and CBD in roughly equal proportions, has been approved throughout most of Europe and in a number of other countries for the treatment of spasticity associated with MS. It has not been approved in the United States, but clinical trials are ongoing, and two recent studies reported that nabiximols reduced the severity of spasticity in MS patients.xx,xxi There have been limited clinical trials to assess the potential efficacy of CBD for the other indications highlighted; however, a recent small double-blind trial in patients with Parkinson’s disease found the CBD improved quality-of-life scores.xxii

There have been multiple clinical trials demonstrating the efficacy of nabiximols on central and peripheral neuropathic pain, rheumatoid arthritis, and cancer pain.xxiii In addition, nabiximols is currently approved in Canada for the treatment of central neuropathic pain in MS and cancer pain unresponsive to opioid therapy. However, the current evidence suggests that the analgesia is mediated by THC and it is unclear whether CBD contributes to the therapeutic effects.xxiv THC alone has been shown to reduce pain;xxv,xxvi we are unaware of clinical studies that have explored the efficacy of CBD alone on pain. However, the anti-inflammatory properties of CBD (discussed above) could be predicted to play a role in the analgesic effects of nabiximols. Recent research has also suggested that cannabinoids and opioids have different mechanisms for reducing pain and that their effects may be additive, which suggests that combination therapies may be developed that may have reduced risks compared to current opioid therapies. However, this work is very preliminary.xxvii

In addition to the research on the use of cannabinoids in palliative treatments for cancer—reducing pain and nausea and in increasing appetite—there are also several pre-clinical reports showing anti-tumor effects of CBD in cell culture and in animal models.xxviii These studies have found reduced cell viability, increased cancer cell death, decreased tumor growth, and inhibition of metastasis (reviewed in McAllister et al, 2015).xxix These effects may be due to the antioxidant and anti-inflammatory effects of CBD;xxx however these findings have not yet been explored in human patients. There are multiple industry sponsored clinical trials underway to begin to test the efficacy of CBD in human cancer patients.

CBD has shown therapeutic efficacy in a range of animal models of anxiety and stress, reducing both behavioral and physiological (e.g., heart rate) measures of stress and anxiety.xxxiii,xxxiv In addition, CBD has shown efficacy in small human laboratory and clinical trials. CBD reduced anxiety in patients with social anxiety subjected to a stressful public speaking task.xxxv In a laboratory protocol designed to model post-traumatic stress disorders, CBD improved “consolidation of extinction learning”, in other words, forgetting of traumatic memories.xxxvi The anxiety-reducing effects of CBD appear to be mediated by alterations in serotonin receptor 1a signaling, although the precise mechanism remains to be elucidated and more research is needed.xxxvii

Efficacy for Treating Substance Use Disorders

Early preclinical findings also suggest that CBD may have therapeutic value as a treatment of substance use disorders. CBD reduced the rewarding effects of morphinexxxviii and reduced cue-induced heroin seekingxxxix in animal models. A few small clinical trials have examined CBD and/or nabiximols (THC/CBD) for the treatment of substance use disorders; however, the available data are not sufficient to draw conclusions. NIDA is supporting multiple ongoing clinical trials in this area.

For reasons discussed previously, despite its molecular similarity to THC, CBD only interacts with cannabinoid receptors weakly at very high doses (100 times that of THC),xl and the alterations in thinking and perception caused by THC are not observed with CBD.iii.iv,v The different pharmacological properties of CBD give it a different safety profile from THC.

A review of 25 studies on the safety and efficacy of CBD did not identify significant side effects across a wide range of dosages, including acute and chronic dose regimens, using various modes of administration.xli CBD is present in nabiximols which, as noted earlier, is approved throughout most of Europe and in other countries. Because of this, there is extensive information available with regard to its metabolism, toxicology, and safety. However, additional safety testing among specific patient populations may be warranted should an application be made to the Food and Drug Administration.

This is a critical area for new research. While there is preliminary evidence that CBD may have therapeutic value for a number of conditions, we need to be careful to not get ahead of the evidence. Ninety-five percent of drugs that move from promising preclinical findings to clinical research do not make it to market. The recently announced elimination of the PHS review of non-federally funded research protocols involving marijuana is an important first step to enhance conducting research on marijuana and its components such as CBD. Still, it is important to try to understand the reasons for the lack of well-controlled clinical trials of CBD including: the regulatory requirements associated with doing research with Schedule I substances, including a requirement to demonstrate institutional review board approval; and the lack of CBD that has been produced under the guidance of Current Good Manufacturing Processes (cGMP) – required for testing in human clinical trials – available for researchers. Furthermore, the opportunity to gather important information on clinical outcomes through practical (non-randomized) trials for patients using CBD products available in state marijuana dispensaries is complicated by the variable quality and purity of CBD from these sources.

There is significant preliminary research supporting the potential therapeutic value of CBD, and while it is not yet sufficient to support drug approval, it highlights the need for rigorous clinical research in this area. There are barriers that should be addressed to facilitate more research in this area. We appreciate the opportunity to testify on the potential use of CBD for therapeutic purposes. Thank you again for inviting me here today, and I look forward to any questions you may have.

viii Porter BE and Jacobson C. Report of a parent survey of cannabidiol-enriched cannabis use in pediatric treatment-resistant epilepsy. Epilepsy & Behavior 29 (2013) 574–577.

Our combination of ancient recipes and compounding methods use natural terpenes and hemp-derived raw materials. Made to synergistically create a true mind-body experience.

FDA Disclosure: The statements made regarding these products have not been evaluated by the Food and Drug Administration. The efficacy of these products has not been confirmed by FDA-approved research. These products are not intended to diagnose, treat, cure or prevent any disease.

Want to sell our product in your store?

Inquire below and we will get back to you.